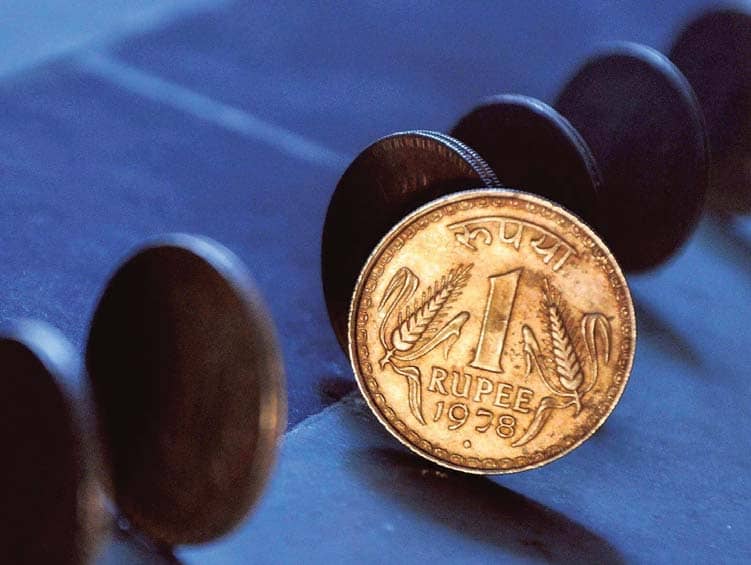 Although the rupee has stabilised after a steep fall, it remains under pressure from multiple sources. Depreciation currently brings many costs in lieu of few benefits

August was a particularly bad month for the rupee. From ₹68.9 to the dollar at the end of July, the currency depreciated to cross the ₹72-mark by the end of the month (Chart 1). While India’s perennial current account deficit underlay the currency’s weakness, in August, the average of daily prices of the crude oil basket that India imports fell to $59.35 a barrel from $63.63 in the previous month and $71 in April 2019. This reprieve, combined with the depressing effect that slackening domestic demand would have had on imports, should have strengthened the rupee, not weakened it.

The rupee value declined in August, despite these beneficial economic developments, because of the exit of foreign portfolio investors, which resulted in a fall in net investments followed by an outflow of capital. In June, net portfolio investment fell sharply, and then turned negative over the next two months. This decline and outflow contributed to the fall of the rupee (Chart 2). Subsequently, when net portfolio investment turned mildly positive in September, the rupee too, stabilised and registered mild appreciation. This central role of foreign investment flows in influencing the rupee’s movements make the currency vulnerable for the near future.

Clearly, uncertainty with regard to global output and trade growth was the basic factor responsible for the deceleration and reversal in the volume of net portfolio investment inflows. Evidence that the Indian economy too has turned sluggish has not helped an already weakened investor sentiment. These determinants of the recent depreciation of the rupee suggest that the currency could lose further ground vis-à-vis the dollar.