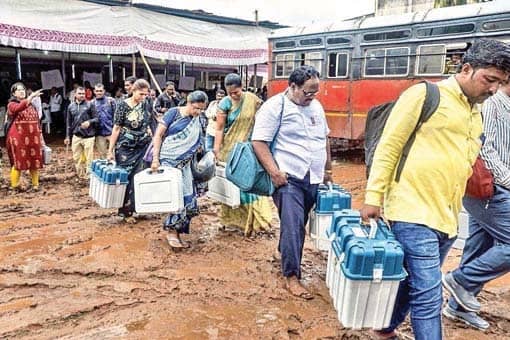 Bypolls also being held for 51 Assembly seats across country

Polling will be held on Monday to elect Maharashtra and Haryana Assemblies with the BJP and its allies seeking to retain power in the two States on the back of the recent Lok Sabha polls victory, while the Opposition is hoping to turn the tide by taking advantage of any anti-incumbency.

Bypolls will also be held to 51 Assembly seats and two Lok Sabha constituencies spread across 18 States.

In Maharashtra, where the ‘Mahayuti’ alliance of BJP, Shiv Sena and smaller parties is against the ‘Maha-agadhi’ led by the Congress and the NCP, a total of 8,98,39,600 people, including 4,28,43,635 women, are eligible to vote.