India's Unemployment Problem May Worsen As Robots Snatch Away Jobs 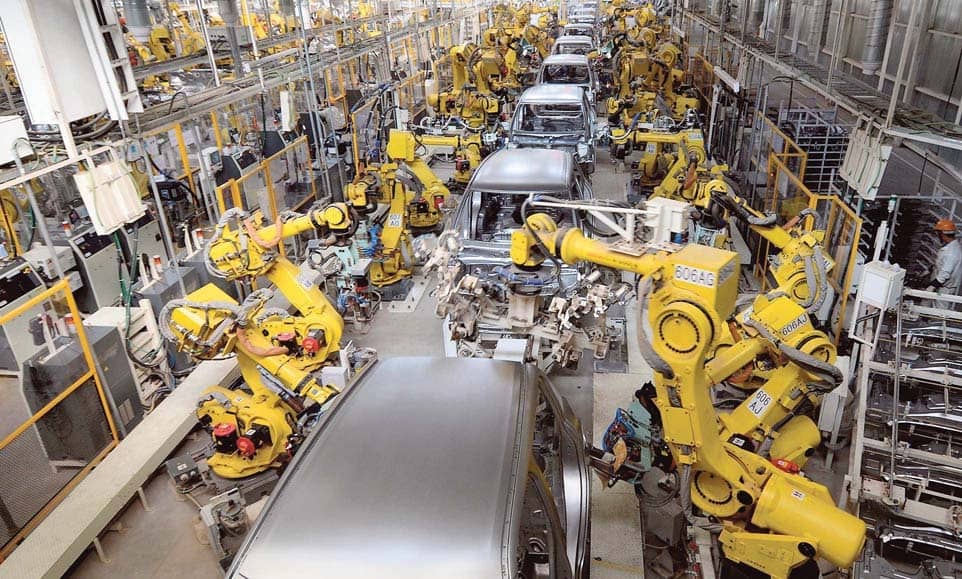 Thanks to China, prices have fallen and mid-sized companies can now afford to deploy robots on factory shopfloors

A decade back, Vienna-based Wienerberger, the world’s largest brick-maker, decided to take its first step into Asia and chose India over China. It spent ₹250 crore in building a factory in Kunigal village, 70 kilometres to the west of Bengaluru, next to a dry lake rich in clay. Today, the plant produces 70,000 blocks of hollow, chocolate smooth blocks a day, the equivalent of 6 lakh conventional bricks.

Wienerberger India’s building block plant stands out in one aspect — there are very few people working there. The entire operation is completely robotised.

The mid-sized company typifies a soaring mega trend in the Indian manufacturing sector today. Robots used to be the preserve of large companies, such as Hyundai and Maruti, but not any more. The machines are fast making inroads into the MSME sector.

Now, India has an unemployment problem to grapple with; the creeping incursion of cheaper and better robots into factory shopfloors is set to make it worse.

The march of robots into factories had until recently been on the back of falling prices. A 2017 McKinsey study says that prices of industrial robots have halved in real terms over the last three decades; another study by ARK Invest in the same year notes that the costs will decline another 65 per cent by 2025.

What triggered this falling trend? The answer, in one word, is: China.

Faced with rising wages, China began to robotise its manufacturing, providing a massive scale effect — just as it did with solar panels. Today, the Chinese market for robots is said to be around 250,000 pieces a year, which is set to quadruple soon. So huge is the Chinese market that Fanuc, the Japanese robot manufacturer, is setting up a plant to make a million robots a year in China, only to service the Chinese market.