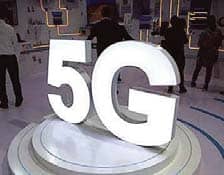 The International Telecommunication Union (ITU) has handed a major win to Indian telecom operators including Airtel, Reliance Jio and Vodafone Idea by rejecting a proposal that would have drastically increased the cost of rolling out 5G services.

The proposal was taken to ITU, the global telecom standards body, by the Department of Telecom (DoT) in a bid to safeguard the interest of ISRO. Under this proposal, telecom operators would have had to deploy lowpower transmission for offering 5G services in the 26 GHz band. This was suggested by DoT claiming that high-power transmission would interfere with satellite-based communications of India’s space agency.