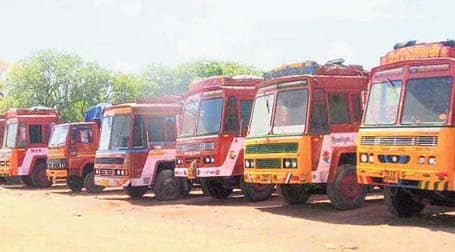 The economic slowdown has hit truckers so hard that many are unable to utilise their vehicles due to the absence of cargo. They fear that if this situation persists, it will become difficult for them to pay their EMIs and chances of their vehicles getting seized by finance companies is increasing by the day. With excess capacity in the market and poor freight rates, some truckers are carrying goods at a loss to keep their vehicles running.

As many as 60 per cent of the one crore trucks in the country are idle due to nonavailability of cargo. It is not surprising that commercial vehicle manufacturers such as Ashok Leyland and Tata Motors have reported a sharp drop in sales by 70 per cent and 58 per cent, respectively, in August as truckers have put off their purchases in the last two quarters.