Done In By Discounts? 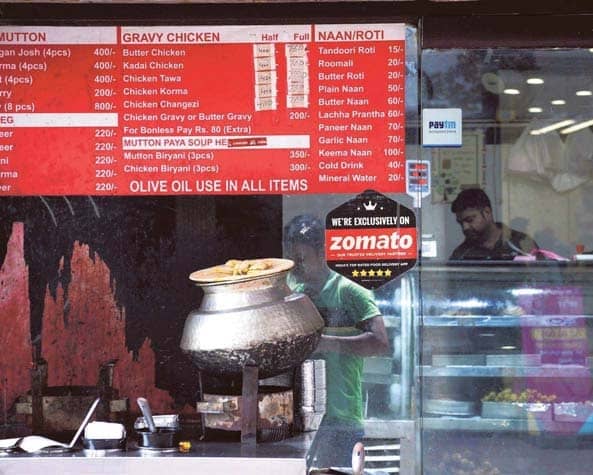 Undercutting by online aggregators has made business unviable, be it food delivery, hotel booking or cab services, complain offline operators. How to deal with digital disruption, is the question

For Daizy Rustomjee, online food aggregator platforms such as Zomato were a boon when she started the Where Else Diner in Pune five years ago. But two months after she signed up for the Zomato Gold scheme in 2018, Rustomjee exited the programme despite climbing to number one rank on the platform. While she did get new customers, the scheme required Daizy to offer 50 per cent discount from her pocket when the restaurant’s average profit margin was not more than 7 per cent.

“We expected that investing in such a scheme, in the short run, would result in repeat customers. Alas, that was merely a fantasy: over 85 per cent of the customers gained through this deal never showed up again post its expiry. While we wished to form relationships with our customers, with Zomato Gold all we got were onenight-stands,” says Rustomjee.

Kishor Mishra, a 34-year-old driver in Ahmedabad, is looking for an exit from Ola’s cab-hailing platform after being part of the aggregator’s network for nearly five years.

In 2014, Mishra sold his auto-rickshaw and mortgaged property to buy a car when he saw his friends make as much as â‚¹70,000 a month after signing up with Ola’s cab network.

“Initially, the returns were unimaginably high and many others also signed up on the platform. But a higher number of cars brought down the average daily trips for me, from 1518 trips to 8-10 now. The aggregator companies started asking for a higher commission of up to 20-25 per cent on our earnings. The earnings have dropped to a meagre â‚¹20,000-25,000 a month. Now it feels as if we are earning for them,” says Mishra. Rustomjee and Mishra are just two of the many hit hard by the disruption caused by the entry of online players across different sectors, including hotel booking, ticket reservation, food delivery, online retail and cab-hailing services, over the past 2-3 years.

The crux of the problem , for many, is that some of the online players have started increasing their commissions and are indulging in schemes that offer deep discounts to consumers.