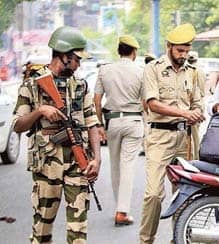 Some abandoned boats have been recovered in Sir Creek

The Army has received inputs that there may be a terror attack in the southern part of India, a top Army commander said on Monday.

Some abandoned boats have been recovered in the Sir Creek area, Lt. Gen. S.K. Saini, GOC-in-C of the Army’s Southern Command, told reporters at an event near Pune.

“We have got many inputs that there may be a terrorist attack in the southern part of India and the peninsular India,” he said.

The Army has taken measures in the Sir Creek region, keeping in mind the enhanced threat perception, he said.