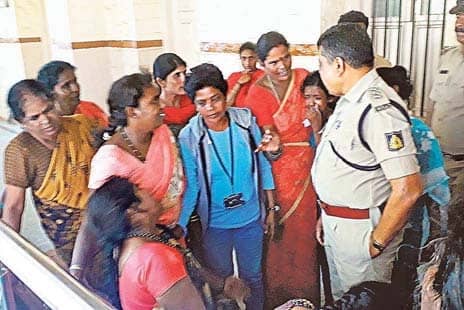 Six children aged between 7 and 12 drowned in a muddy pond while immersing a Ganesh idol that they had prepared using clay.

The incident happened around 4.30 p.m. on Tuesday in Maradaghatta village in KGF taluk of Kolar district.

Tuesday was a holiday on account of Muharram. Seven children were playing under a tree. After making the idol using clay, they decided to immerse it in Marikunte pond located half-a-kilometre away.

Police said that sand is often removed from the pond using earth-movers. As a result, the pond has a deep trench. The water was muddy owing to the recent rains, they said.