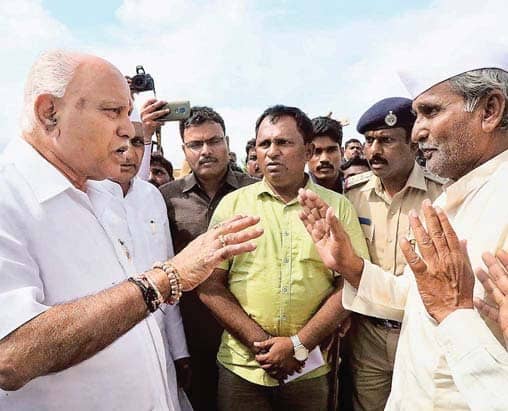 Will recreate them by building schools and hospitals, says CM

The State government will relocate flood-affected villages only if all the residents agree to it in writing, Chief Minister B.S. Yediyurappa said here on Tuesday.

He was addressing flood-hit families in Sureban village near Ramdurg. If the residents submit such a demand, we will recreate the village by building schools, hospitals, and other facilities, he said.

Mr. Yediyurappa was responding to a plea by Mahadevappa Yadawad, MLA, to permanently relocate 29 villages and nine wards in Ramdurg town that are prone to floods.