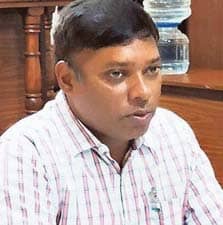 The BJP launched a no-holds-barred attack on S. Sasikanth Senthil who resigned from the Indian Administrative Service (IAS) three days ago saying “it is unethical to continue as a civil servant in the government when the fundamental building blocks of our diverse democracy are being compromised in an unprecedented manner”.

The Dakshina Kannada unit of the BJP, where he last served as Deputy Commissioner, demanded a probe into his “affiliations” on Monday. He has also been the target of trolling by right-wing handles online.

B.L. Santosh, national secretary (organisation), BJP, led the attack on the officer on Twitter, to be joined by former Union Minister Anantkumar Hegde. “Three IAS officers resign from their positions just because of a thought process, other than that they were infected with moves in the country with full mandate. Imagine the intolerance of left-liberal ecosystem with whom they had cosy relationship. Nation understands you perfectly,” Mr. Santosh tweeted.