Game For Raising The Bar Of, For And By The People 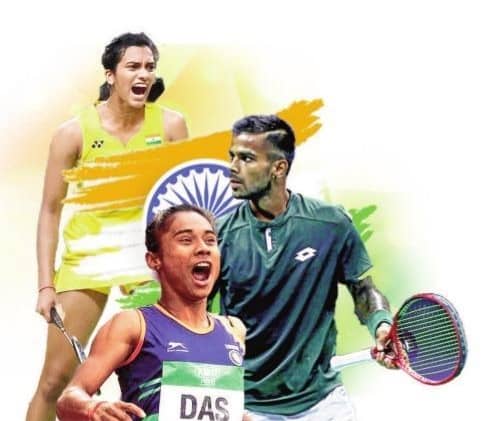 India’s sportspersons are not only wanting to excel but also showing a deep desire to win.

The past couple of months have produced unbridled joy and glory for India in sport, notwithstanding the defeat in the semifinal of cricket World Cup.

Cricket, of course, remains the pre-eminent sport in the country. But interest in other sports is thankfully growing too and will get a further fillip as India makes an impact on the global stage.

The medal-winning exploits of Dutee Chand, Hima Das and Mohamed Anas have brought track and field disciplines into the limelight and shown up the potential that exists in the country.

On Tuesday morning, just as India was waking up to the first day of the US Open, young Sumit Nagal took the first set against Roger Federer in the first round to leave tennis aficionados across the world bewildered.

Federer was to regain his rhythm and wits quickly to stave off an upset. But young Nagal’s potential was to earn the great man’s admiration as well as international recognition for his plucky display.

Unarguably, the biggest achievement was P V Sindhu winning the badminton World Championship title last week. This was her third successive final. She hadn’t won earlier, and let’s face it, there were apprehensions she might trip at the last hurdle again.

MORE STORIES FROM THE FREE PRESS JOURNAL - INDOREView All