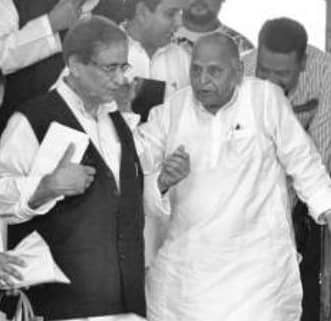 Addressing his first press conference here in months, the SP founder said Azam Khan has been facing “injustice” and party workers will launch a protest against it. The state BJP hit back later, saying it is not surprised by the SP founder's defence of the MP as that party has been “patronising” the land mafia.

Yadav said he could take the issue to Prime Minister Narendra Modi. "I have not thought about it but, if needed, I will meet the prime minister to convey to him the injustice meted out to Azam Khan," the SP leader said, replying to a question.

MORE STORIES FROM THE FREE PRESS JOURNAL - BHOPALView All