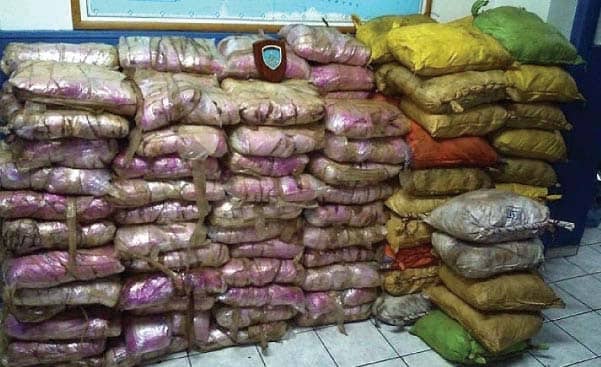 A KEBAB shop boss has been unmasked in court as the ringleader of an international cartel which allegedly smuggled drugs worth £350 million into Europe.

Fardin Rigabadi is facing extradition from the UK to Greece amid allegations he led an organised crime syndicate that trafficked mainly heroin across the continent.

The 41-year-old, who came to Britain as a Kurdish refugee from Iran, could face life behind bars if he is convicted.

He is fighting the extradition order as he fears he could be killed in a Greek prison.

Westminster magistrates heard claims from the Greek authorities that the married father of two is involved in the notorious drug seizure known as the Noor 1 case.

It has been likened to Britain’s 1983 Brink’s-Mat robbery due to the number of suspected gangland deaths that have been linked to both crimes.

The tanker Noor 1 left Dubai in April 2014 before arriving in Greece with its cargo of narcotics five weeks later.

About two tons of drugs, hidden in sugar and rice sacks, were unloaded from the vessel and transported to various locations across the country. Since police interrupted the operation and made several arrests, nine people linked to the seizure have been assassinated – some within prison walls.

MORE STORIES FROM SUNDAY EXPRESSView All