Wisdom Of The Past 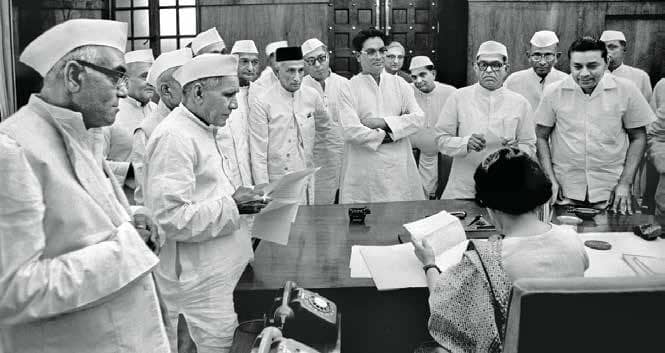 Heeding historical precedents, the Indian government must seek deeper integration with the global economy and work towards even more market-oriented reforms

At a time when India is undergoing a serious economic crisis and the Prime Minister, Narendra Modi is busy in consulting economists and the stakeholders to find out ways and means to overcome it, an ADB publication has come out with a suggestion that the country needs deeper integration with global economy and further reform in labour and land markets, national railways and the banking system to sustain high growth. It is particularly important in the context of the budget to be tabled within a fortnight in the Parliament of India for which preparations are going on full swing with focus on pushing forward the market-led economy and reforms.

While emphasising on the ‘market-led economy’ as the major factor for rapid economic development, the publication ‘Asia’s Journey to Prosperity’ has traced the history of economic development in the country from the era of the Mughal Empire to the present age, especially the last 50 years, to explain the rise and fall of its economic growth. There are lessons to be learnt from this work as to how and why we have travelled to the present stage of economic conditions and also the prospects and risks ahead.

Tracing pre-independence industrial development, it says that India had well-developed traditional industries during the Mughal Empire (1526–1858). Economic historians estimate it produced about 25 per cent of world industrial output in 1750 and was a major contributor to global textile exports. However, a long-run decline began around 1750 due to (i) political instability and battles between competing groups as the Mughal empire began to weaken; (ii) massive imports of cheap factory-based textiles and other manufacturing goods from Europe, particularly the UK, in the 1800s.

The development of modern industries was slow under British rule (first through the East India Company from 1764 to 1857 and later through direct British government control from 1858 to 1947). An important reason was that British policy focused on using Indian resources to meet British needs rather than supporting indigenous industrial development, for example, by keeping tariffs low compared with other countries and discouraging Indian suppliers of manufacturing inputs. Nevertheless, there was some success in India’s industrial development, led by a small group of merchants and traders. Industries included textiles, sugar, paper, cement, steel, shipbuilding and even some automobile production by the 1940s. Thus, in 1946, the share of modern manufacturing in national income was 8.7 per cent, compared with 1.9 per cent in 1900.