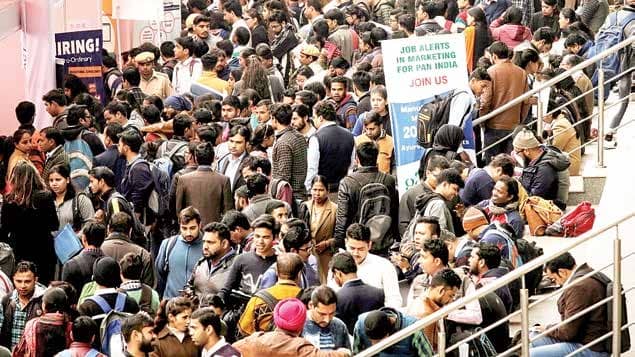 New Delhi: Amid criticism over high joblessness rate, a survey by the National Statistical Office (NSO) on Saturday showed that urban unemployment rate dropped to the lowest level in four quarters at 9.3 percent during January-March 2019.

The quarterly bulletin of Periodic Labour Force Survey by the NSO, released on Saturday, does not contain comparable figure for January-March 2018. The NSO, which is a wing of the Ministry of Statistics and Programme Implementation, stated in the bulletin that the urban unemployment rate (UR) was 9.9 percent in April-June 2018, 9.7 percent in July-September 2018 and 9.9 percent in October-December 2018.