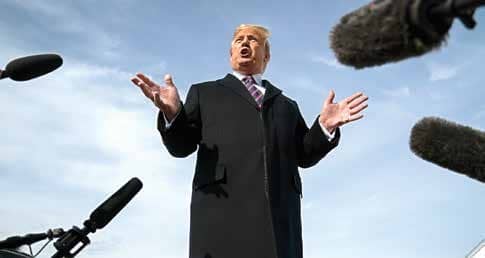 NEW DELHI: Days ahead of his visit to India, US President Donald Trump caused yet another stir, claiming New Delhi has been hitting America “very hard” with high trade tariffs, according to a report on Friday.

At a ‘Keep America Great’ rally in Colorado overnight, Trump told thousands of his supporters that he “really likes” Indian Prime Minister Narendra Modi and they would be talking business, a report mentioned.