Russians Shocked Over Call For 4-Year Sports Ban Over Doping 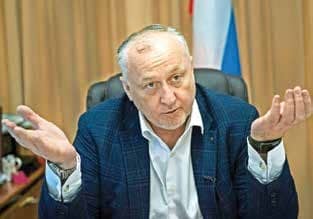 MOSCOW: Russia’s antidoping chief said Tuesday he expected the country to be barred from all sporting competition for four years, after a bombshell recommendation from the World Anti-Doping Agency that shocked Russian athletes.

It recommended Russia also face a four-year ban from staging or bidding for major international sporting events potentially putting Saint Petersburg’s status as a venue for the Euro 2020 football tournament in jeopardy.

The committee’s recommendation is set to go before WADA’s Executive Committee at a meeting in Paris on December 9.

Asked if he expected the recommendation to be upheld, RUSADA chief Yury Ganus said: “That’s the reality.”

“We are plunging, for the next four years, into a new phase of Russia’s doping crisis,” Ganus said, pointing out that the ban would affect Russian athletes at the 2020 Summer Olympics in Tokyo and 2022 Winter Olympics in Beijing.

“The most difficult and tragic thing is that our athletes have become hostages of the actions of our sports officials,” he said.