Rohtang tunnel likely to open next May 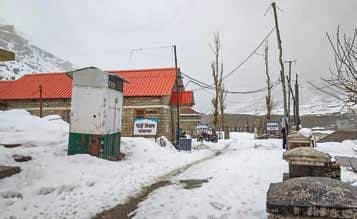 NEW DELHI/SHIMLA: The 8.8-km-long Rohtang tunnel being built on the Leh-Manali highway may become operational in next six months, an official spokesperson said here on Friday.

He said Defence minister Rajnath Singh informed Himachal Pradesh Chief Minister Jai Ram Thakur during a meeting in New Delhi on Friday that efforts would be made to make the tunnel operational by May next year.

One of the longest road tunnels in the country, it is being built at an elevation of 10,171 feet under the under the Rohtang Pass in the eastern Pir Panjal range of the Himalayas.