PM Modi Has No Understanding Of Economy, Says Rahul Gandhi 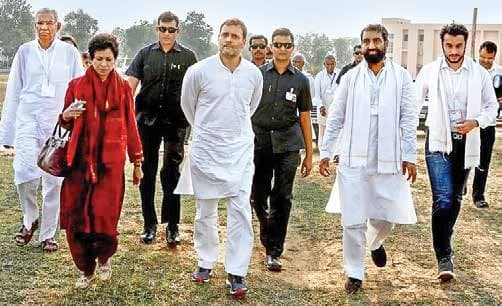 MAHENDRAGARH (Haryana): Congress leader Rahul Gandhi on Friday launched a scathing attack on Prime Minister Narendra Modi, saying he has no understanding of the economy, and claimed that the world is mocking India due to the BJP’s politics of pitting people against each other.

As the poll campaign for the 90-member Haryana assembly entered the final lap, Gandhi stuck to the issues of economic slowdown, unemployment and farm distress to attack the government. The elections are scheduled to be held on October 21 and counting will take place on October 24. Addressing a public rally here in place of his mother and Congress president Sonia Gandhi, who he said was down with a viral infection, the former party chief also trained his guns on media, alleging that it was scared and not showing the truth.