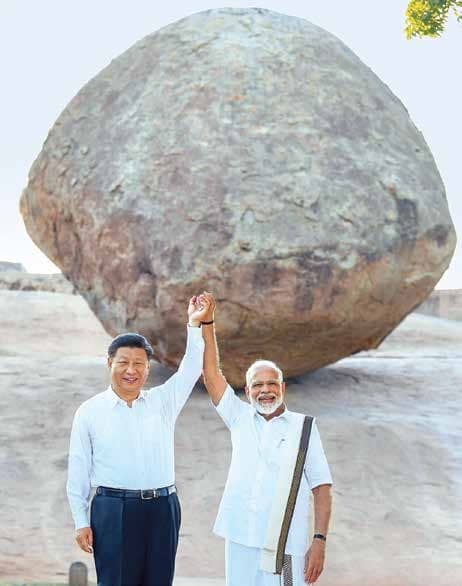 Modi, dressed in a Tamil attire of ‘Veshti’ (Dhoti), white shirt and an ‘angavastram’ (shawl), took Xi for a guided tour of the famous world heritage sites of Arjuna’s Penance, Krishna’s Butterball, the Pancha Ratha and Shore temple in this ancient temple town, kicking off the second informal summit between the two leaders.