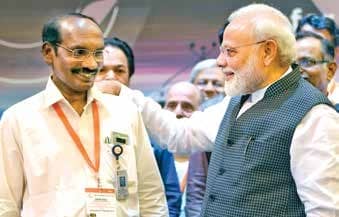 BENGALURU: The Chandrayaan-2’s Vikram module has been located on the Lunar surface, and it must have been a hard-landing, ISRO chairman K Sivan said on Sunday, in an admission that the planned soft-landing wasn’t successful.

Yes, we have located the lander on the lunar surface. It must have been a hard-landing, Sivan said.

Asked if the lander was damaged during the hard-landing, he said: That we do not know.

Sivan said efforts to establish contact with the lander were continuing. India’s mission to softland on moon suffered a setback during the wee hours on Saturday, with ‘Vikram’ module losing communication with ground stations, just 2.1 km from the lunar surface during its final descent.