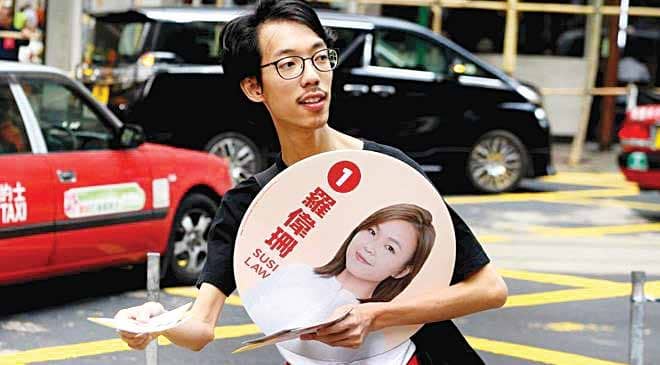 No violent clashes between police, protesters in run-up to district polls

HONG KONG: Hong Kong's protest movement called on Saturday for citizens not to disrupt district council elections in which pro-democracy parties hope to send a message to the city's Beijing-backed government.

There have been no major rallies or violent clashes between police and protesters in the run-up to Sunday's district polls, a rare respite for a city roiled by nearly six months of political unrest.

Amid concerns that violence could cause authorities to delay the polls, first-time voters have been advised online to avoid spoiling their ballots, while protest forums have urged an orderly ballot.

Postings by pro-democracy users on the popular board LiHKG urged voters to go to polling stations early and for supporters "not to jeopardise the election".