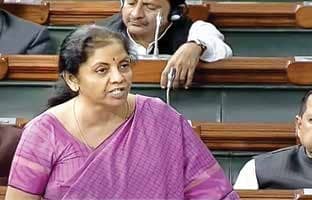 Sitharaman introduced the Bill just before the proceedings in the Lok Sabha were adjourned for the day following opposition uproar over political developments in Maharashtra. Also, the International Financial Services Centres (IFSCs) Authority Bill, 2019, that provides for creation of a unified financial regulator for IFSCs was introduced amid a din over the Maharashtra developments.