Millennium Post Delhi|October 26, 2020
We're offering this story for free to read so that you can stay updated on the COVID-19 outbreak 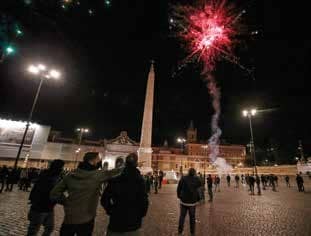 German authorities reported a record one-day total of Coronavirus cases this weekend while leaders in Spain and Italy debated how to control the resurgent virus amid global death toll topping 1.1 mn people.

CHICAGO: Confirmed Coronavirus infections continued to soar Saturday in many parts of the US and Europe.

In some cases, so did anger over the restrictions governments put in place to try to stem the tide.

Oklahoma, Illinois, New Mexico and Michigan were among states announcing new record highs in daily confirmed cases Saturday, a day after a nationwide daily record of more than 83,000 reported infections, according to Johns Hopkins University.

German authorities reported a record one-day total of new Coronavirus cases this weekend while leaders in Spain and Italy debated how to control the resurgent virus amid public pushback to curfews despite a global death toll topping 1.1 million people.

In Italy, officials huddled with regional authorities on Saturday to determine what new restrictions could be imposed as confirmed cases surpassed half a million.

Premier Giuseppe Conte has said he doesn't want to put Italy under severe lockdown again, as he did at the pandemic's start.

In past days, several governors ordered overnight curfews in their regions to stop people from congregating at night outside bars and other venues.