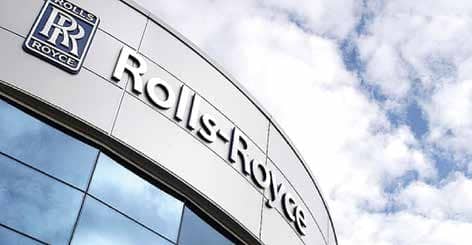 NEW DELHI: The ED has registered a money-laundering case against Rolls-Royce Plc and its Indian subsidiary in connection with an alleged corruption case, where the London-based engineering company paid "commissions" to a Singapore-based company, Aashmore Pvt Ltd, in order to secure contracts worth over Rs 4,700 crore from Hindustan Aeronautics Limited (HAL).

The Enforcement Directorate has taken cognisance of the corruption case, initially filed by the CBI, to investigate under the provisions of the PMLA, whether there were instances of money-laundering as a result of the alleged corruption.

The CBI had earlier this year filed a case against Rolls-Royce and a subsidiary, alleging that the commissions were also paid to Aashmore to secure contracts of supplying spare parts to ONGC and GAIL.

The preliminary enquiry by CBI had revealed that Rolls Royce paid up to Rs 76.22 crore in commissions to companies related to Ashok Patni, Director of Aashmore, for securing contracts with HAL, GAIL, and ONGC between 2007 and 2011. As per the central probe agency, parts of these commission payments were allegedly used to pay kickbacks to officials of HAL, GAIL, and ONGC, who were involved in the procurement process.

The ED will now look into these alleged corrupt practices to see whether they led to the creation of a complex web of shell companies to launder the alleged proceeds of crime.