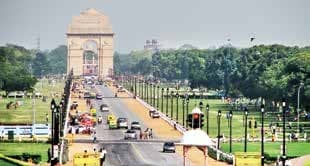 Overall AQI fluctuated between 128 and 157, which falls in the moderate category

Delhiites breathed easy on Saturday as pollution levels in the national capital reduced significantly owing to gusty winds and rainfall in neighbouring areas.

The overall air quality index (AQI) fluctuated between 128 and 157, which falls in the moderate category, according to the Central Pollution Control Board’s data.

Barring Dwarka Sector 8, where the air quality remained “poor” (238), most of the areas in the city recorded an AQI in the “moderate” category.