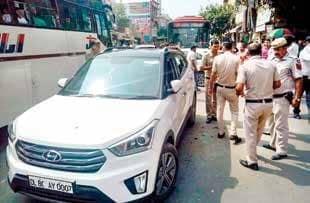 NEW DELHI: More than half a dozen bullets were sprayed on a car which resulted in the death of a person in Narela area of Outer North district.

The incident took place in broad daylight on Sunday. Police said that the deceased was involved in more than a dozen criminal cases.

The investigators claimed that they are probing the case from different angles including personal enmity.

Deputy Commissioner of Police (Outer-North) Gaurav Sharma said, "This is not the case of a gang war and we will solve it soon." According to police, they were alerted about the incident in the morning.

Police further said that a team was rushed to the spot which was in Lampur Mod, Main Road in Narela.