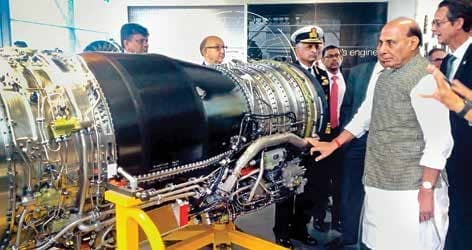 NEW DELHI: The Congress and the BJP engaged in a war of words on Wednesday over Defence Minister Rajnath Singh visiting France to receive the first Rafale fighter jet and performing Shastra Puja on the aircraft, with opposition party leaders slamming it as “drama” and the saffron party hitting back with a ‘Bofors’ barb.

At a ceremony in Merignac (France) on Tuesday, Singh formally took delivery of the first of the 36 long-awaited Frenchmade aircraftacquired by the Indian Air Force. He performed puja on the new aircraft as he emblazoned it with an ‘Om’ tilak and laid flowers and a coconut, just before he took a sortie in the two-seater jet.

The Opposition party accused the BJP of politicising a defence acquisition.