China Slams US For Anti-Govt Protests In Hong Kong 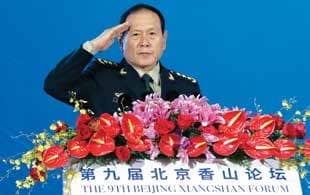 BEIJING: China on Monday took a veiled swipe at the US, saying the incitement of "coloured revolutions" and overthrowing of legitimate governments by external forces are resulting in wars and turbulence in some regions of the world.

Defence Minister General Wei Fenghe's statement came amid unprecedented antigovernment protests in Hong Kong, a Special Administrative Region of China which was handed over to the Communist nation in 1997 by the UK.