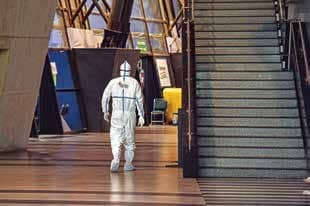 NEW DELHI: Delhi recorded 805 fresh coronavirus cases on Monday, the lowest in over two months, taking the infection tally to 1,38,482, authorities said on Monday. According to the official health bulletin, 10,133 tests — 3,904 RTCPR and 6,229 Rapid Antigen — were conducted in the last 24 hours.

On average, 18,000-19,000 tests were being conducted daily since testing was ramped up significantly in mid-June. The number of tests conducted a day before was also significantly low — 12,730 — due to Eid al-Adha. So far, 10,73,802 tests have been conducted in Delhi, officials said.

On May 27, the count of fresh cases stood at 792. A day after, the figure went up to 1,024. Since then the Capital had witnessed a spurt in COVID-19 cases till the beginning of July when the cases started to decline with the Central district here claiming that they had become the first to have flattened the curve.