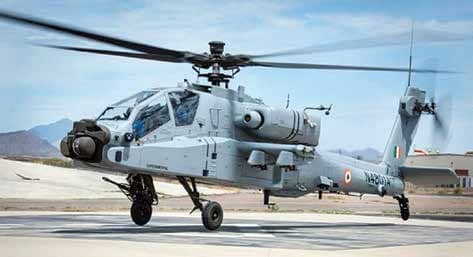 NEW DELHI: In the midst of India's tense border standoff with China, US aerospace major Boeing delivered the final five of the 22 Apache attack helicopters to the Indian Air Force around two weeks ago, and the entire fleet is now part of the assets deployed in key air bases along the Line of Actual Control, officials said on Friday.

Boeing said it completed delivery of all 22 Apache and 15 Chinook military helicopters to the IAF and is fully committed to meet the operational needs of the Indian armed forces.

The AH-64E Apache is one of the world's most advanced multi-role combat helicopters and is flown by the US Army. The Chinook is a multi-role, vertical-lift platform, primarily used for transporting troops, artillery, equipment, and fuel.