Anyone Harming Peace Process In J&K Will Be Jailed: Ram Madhav 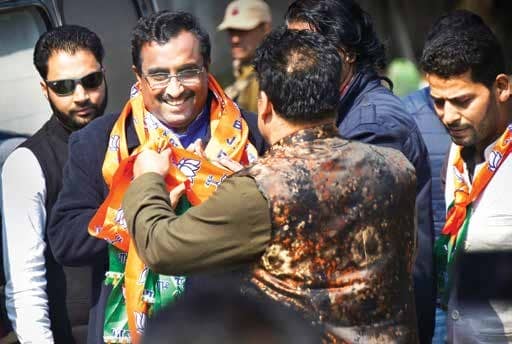 BJP national general secretary warns, “There will now be only two paths for J&K -- peace and development and whosoever comes in between will be dealt with sternly”

SRINAGAR: With the abrogation of article 370, Jammu and Kashmir is treading on the path of peace and development and anyone who tries to create hurdles in the way will be dealt with sternly, BJP national general secretary Ram Madhav said here on Sunday.

"Till now everything used to be done for a few families or a few leaders in Kashmir, but now whatever is happening, is happening for lakhs of families of this state... for the common Kashmiri," Madhav said.

"There will now be only two paths for J&K-- peace and development and whosoever comes in between will be dealt with sternly. There are many jails in India for those," he added.

The BJP leader was addressing a convention of the party's youth wing at Tagore Hall here which was the first political event in Kashmir after the abrogation of article 370 and bifurcation of the state into two Union territories.