3 From Surat Among 6 Held for Kamlesh Tiwari Murder 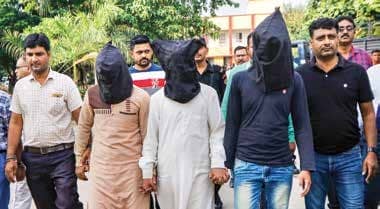 Six people — three from Gujarat, two from UP and one from Maharashtra — have been taken into custody in connection with the murder of Kamlesh Tiwari, leader of the lesser-known Hindu Samaj Party, with police saying on Saturday that the suspects were “radicalised” and appeared to have targeted him for his inflammatory remarks made in 2015.

However, Tiwari’s mother Kusuma alleged that he was killed by a “local BJP leader” due to a temple dispute in a village.