The Many Ways Covid-19 Is Surprisingly Attacking Your Body 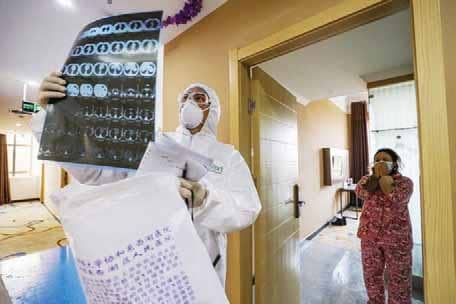 Coronavirus disease destroys the lungs. But doctors are finding its damage in kidneys, hearts, and elsewhere

Doctors are discovering new ways the disease attacks the body. While it was first thought of as a respiratory illness with flu-like symptoms, they are beginning to see different ways the illness can present in a sick patient. Here are the most recent updates from all over the world.

Physicians have observed neurological symptoms, including confusion, stroke, and seizures, in a small subset of Covid-19 patients. These manifestations join other unusual symptoms like dizziness and a diminished sense of smell and taste. Neurologists in Wuhan, China were among the first to report the symptoms in a preliminary paper published online in February. Since that report, specialists observed similar symptoms in Austria, France, Germany, Italy, and the US, including among patients under 60.

Some doctors have reported cases of patients who were brought in for treatment because of their altered mental state, and who ultimately tested positive for the disease, although they had none of the classic symptoms like fever or cough. They diagnose this condition as encephalopathy, a medical name for brain disease or malfunction.