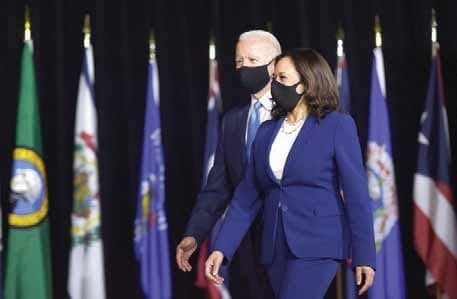 Making their first appearance as running mates, before a small crowd of reporters and staffers at a Delaware high school closed to the public due to coronavirus concerns, the Democratic duo vowed to end Donald Trump’s presidency and, in Biden’s words, “rebuild this country.’’

A formidable 55-year-old US senator from California and a daughter of immigrants, Harris has already made history as the first woman of color tapped for a major party presidential ticket.

Describing a country at the cross-roads, she left little doubt of her determination to go on the attack, saying Trump “just isn’t up for the job’’ and has left the nation “in tatters.’’

MORE STORIES FROM MANILA BULLETINView All