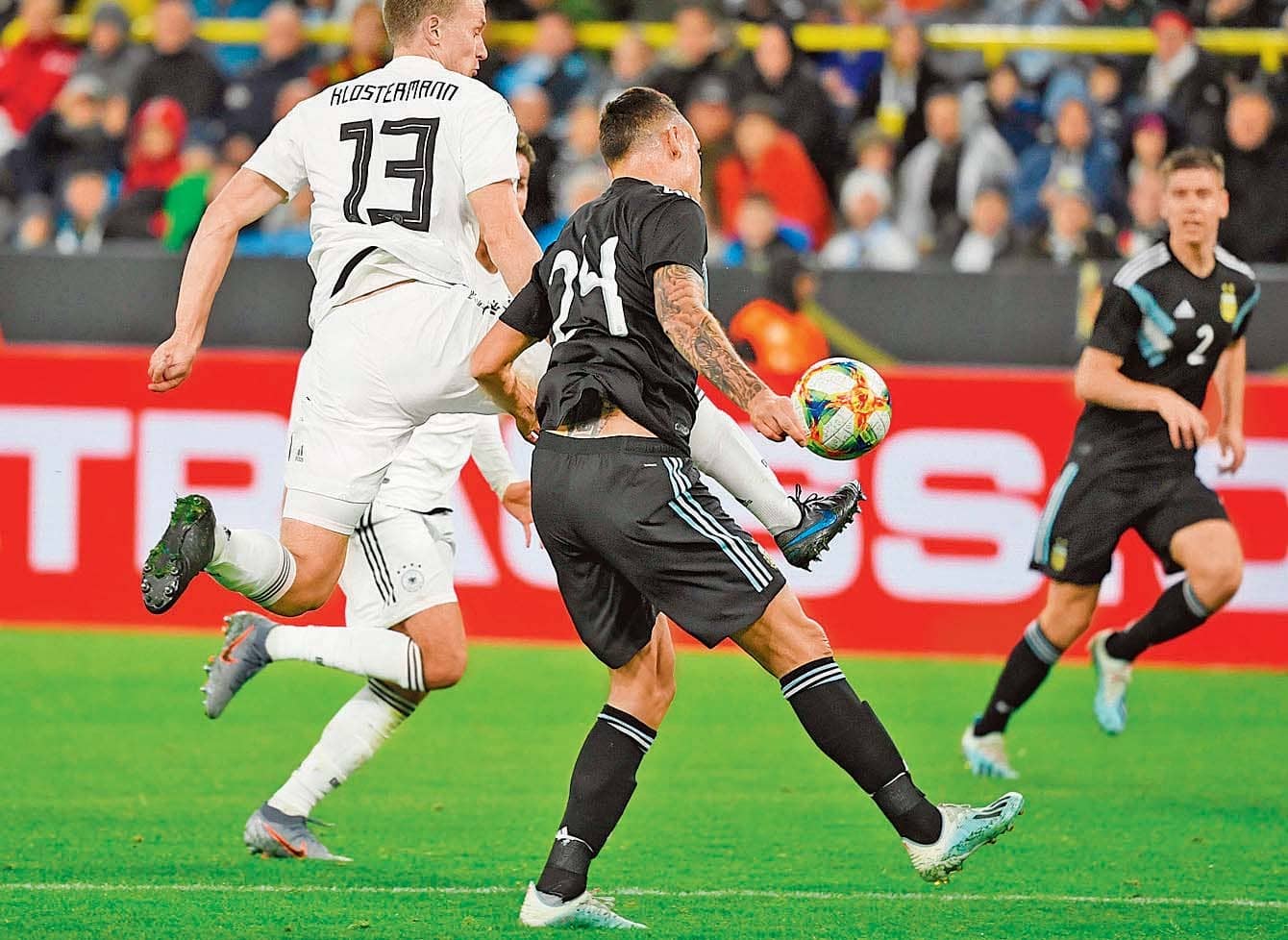 An experimental Germany team leaked two second-half goals as a weakened Argentina side, minus superstar Lionel Messi, earned a 2-2 draw in a friendly in Dortmund.

Germany flew into a 2-0 lead thanks to first-half goals by Serge Gnabry and Kai Havertz, but Lucas Alario turned the game in the second-half when he came on for Argentina on Wednesday.

The Leverkusen striker pulled a goal back, then set up Lucas Ocampos for the late equaliser against a German team which included four debutants.