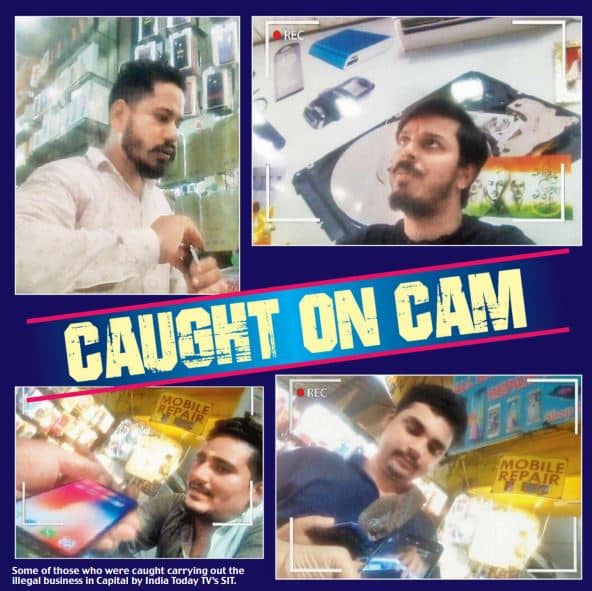 Beware, if you are planning to buy a smartphone this Diwali! Delhi turning into a mobile phone forgery hub

Their curved finish, default apps, fingerprint sensors and cameras look impressive. But looks can be deceptive. If you are planning to buy a smartphone this festival season, be wary of unauthorised vendors, more so if the device is offered at a tempting small fraction of the price.

Remember, China's manufacturing hub of Shenzhen is infamous worldwide for its knock-off products.

But the SIT probe found that India's "jugaad" mechanics may now be giving the Chinese copycats a tough competition.

Sagar, a manager and technician at Laptop Store in Nehru Place, promised to deliver 50 pieces of the iPhone's 6s model for Rs 11,000 a device, almost one-third of the original price.

"Has this been assembled here?" the SIT reporter probed.

"So how much will an assembled iPhone cost?" asked the journalist.

Sagar also gave the SIT a demonstration of his counterfeiting skills as he pried opened a handset bearing the Apple logo.

The Nehru Place technician then explained how the smuggled parts are put together.