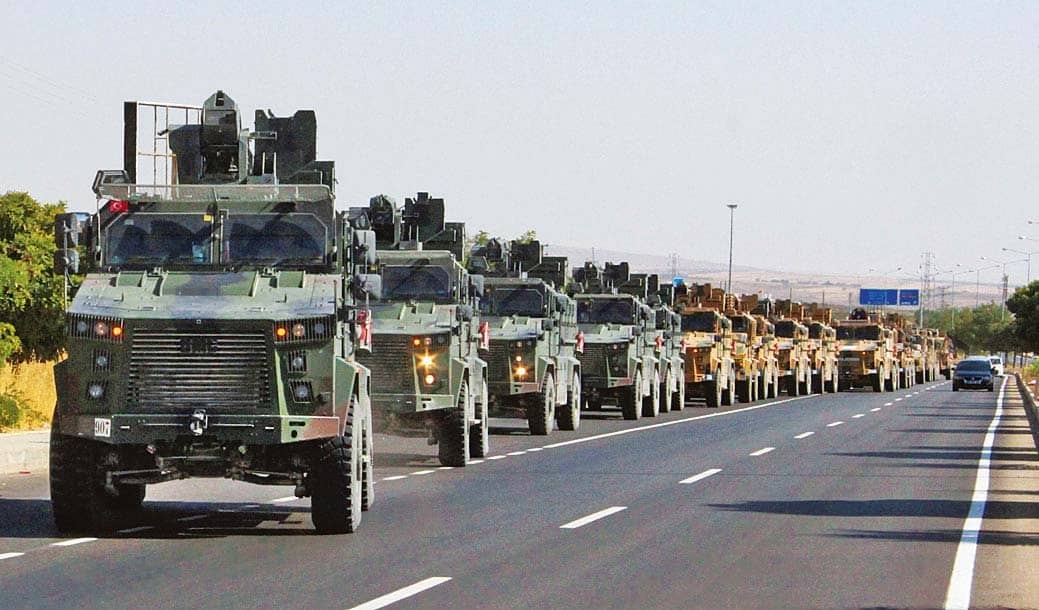 President Tayyip Erdogan, announcing the start of the action, said the aim was to eliminate what he called a “terror corridor” on Turkey’s southern border.

Turkey had been poised to advance into northeast Syria since U.S. troops began vacating the area in an abrupt policy shift by U.S. President Donald Trump, widely criticised in Washington as a betrayal of America’s Kurdish militia allies.

A Turkish security source told Reuters the military operation into Syria has been launched with air strikes and will be supported by artillery and howitzer fire.

Several large explosions rocked Ras al Ain, just across the border across from the Turkish town of Ceylanpinar, a CNN Turk reporter said, adding that the sound of planes could he heard above.

Smoke was rising from buildings in Ras al Ain, he added. World powers fear the action could open a new chapter in Syria’s war and worsen regional turmoil.