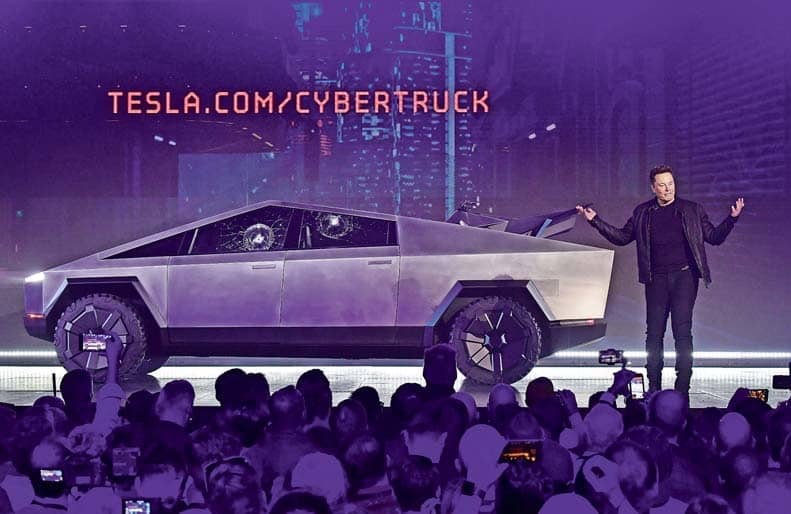 Tesla Inc on Thursday unveiled its electric pickup, a truck with a futuristic angular body in gunmetal grey that resembled an armoured vehicle and takes aim at the heart of Detroit automakers’ profits.

Starting from $39,900, the Cybertruck is less expensive than initially flagged but its polarizing design could limit sales in a popular segment symbolic of a rugged, practical American lifestyle.

At a launch event in Los Angeles, Tesla Chief Executive Elon Musk said other versions will be priced at $49,900 and $69,900 with the most expensive offering a range of more than 500 miles (800 km). By comparison, the current maximum range of a Tesla car is 370 miles for its long-range Model S sedan.

Production is expected to begin around late 2021.

Made from ultra-hard stainless steel which Musk claimed was bulletproof, the four-door six-seater truck’s sharp geometric body was set atop massive tires. Its tinted windows were made from armored glass, while a single strip of white light wrapped around the truck’s front, replacing headlamps.