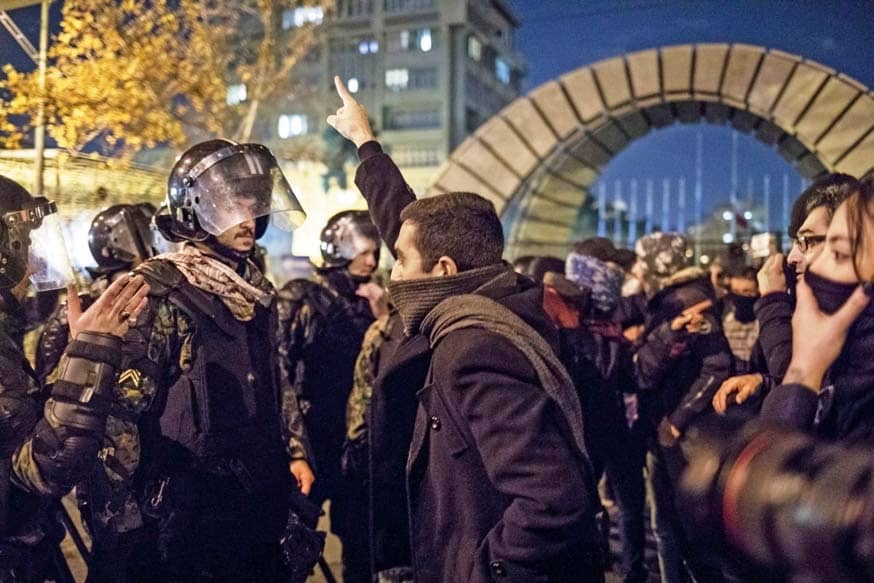 The judiciary says that initial detentions have been made, without specifying how many are taken in

IRAN on Tuesday announced its first arrests over the shooting down of a Ukrainian airliner in Tehran last week, after the third night of angry protests over the disaster.

The Ukraine International Airlines plane was brought down by a missile shortly after takeoff on Wednesday, killing all 176 passengers and crew on board. Tehran for days denied Western claims based on US intelligence that the Boeing 737 had been downed by a missile.