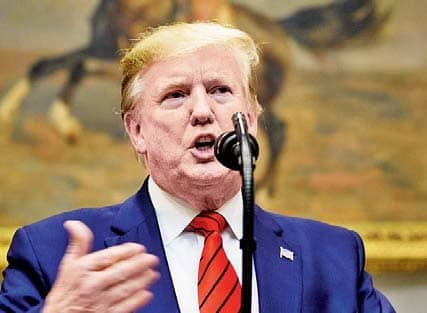 Donald Trump has defended his decision to withdraw US troops from northern Syria and abandon America's Kurdish allies to a Turkish invasion because ‘they didn't help us with Normandy’.

Trump insisted that he likes the Kurds - who led the fight against ISIS alongside the US but added that they had been acting in their own self-interest in battling ISIS and it was time for them to continue the fight alone.

Trump also suggested that he isn't worried about ISIS fighters being held by the Kurds escaping amid Turkish attacks, because 'they'll go back to Europe.' “That's where they want to go, they want to go back to their homes, but Europe didn't want them,” he said on Wednesday night. “For months we could have given it to them, they could have had trials, they could have done whatever they wanted, but as usual it's not reciprocal.”