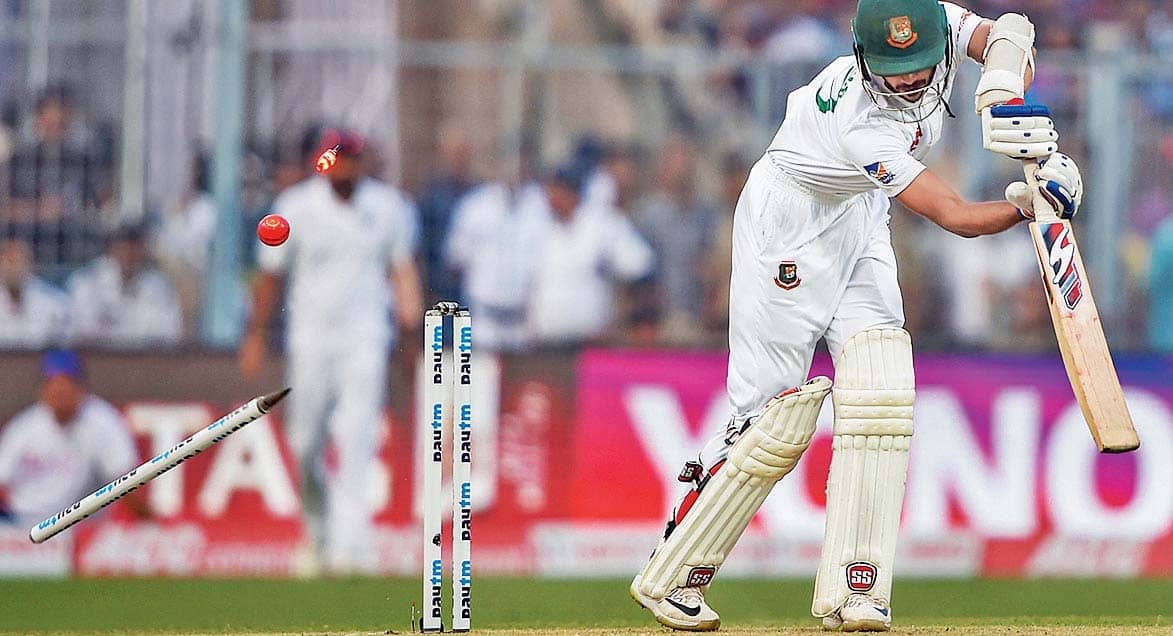 IT TOOK just 47 minutes for India to complete their utter dominance over Bangladesh in the teams’ maiden day-night Test in Kolkata which ended with an innings and 46 runs victory for the hosts. While BCCI and its president Sourav Ganguly left no stone unturned in spreading the word about the historic pink-ball Test, the match ending in just over two days seemed like an anti-climax.

The early finish of the match left former Indian cricketer Garuam Gambhir unimpressed as well. Speaking to reporters here on Tuesday, Gambhir has opined that the concept alone can’t revive Test cricket. He suggested the administrators to work on other aspects as well to bring the crowd back to the stadiums.