Politics Of Health In Bengal 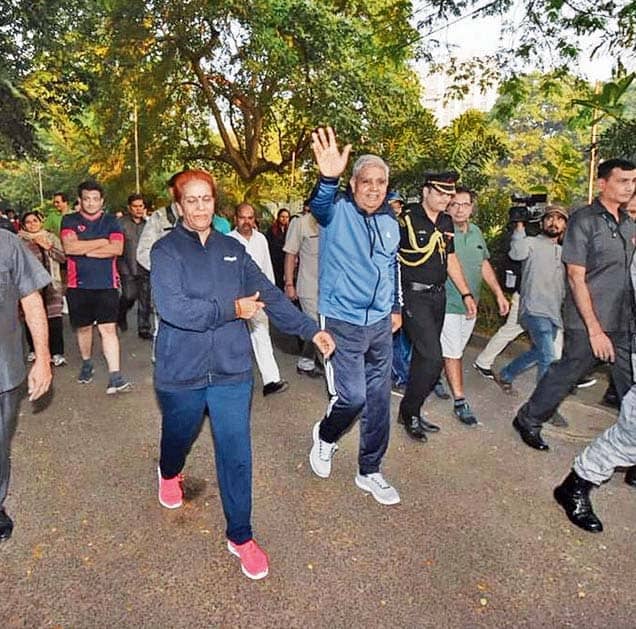 Governor Jagdeep Dhankhar has become a morning jogger. Dressed in track pants and sneakers, he can be seen huffing and puffing either on the pathways of Victoria Memorial or on the sidewalks of the Lake in Southern Avenue.

What started initially as a public outreach exercise has become a challenge of sorts after the minister-of-state health & family welfare department, Chandrima Bhattacharya, advised him to walk 15 to 20 km like Didi, instead of cribbing about helicopter drops to programme venues.

The row started over the governor’s request for a chopper ride to Murshidabad district on November 16 for a string of programmes. The state sat on it and finally refused it as it would incur unnecessary wastage of tax-payer’s money. Dhankhar flagged it to the media and went public with his experience of covering 600km by road, his first long distance drive in the state, which he found bumpy and torturous especially on the state highway stretches and smooth on the National Highways.