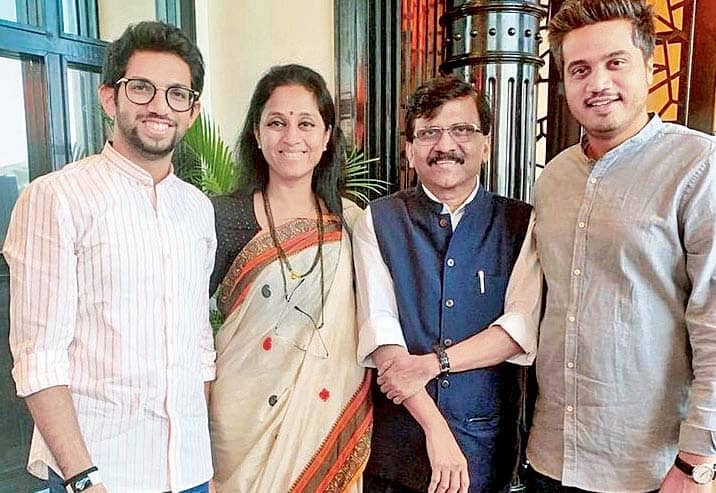 Even as most MLAs desert him, Ajit refuses to break up with BJP Sharad sets house in order, vows to form govt with Sena, Cong BJP claims support of 170 legislators, rivals fear poaching bids

In between, Mumbai was rocked by several low-intensity political quakes.

Throughout the day, Ajit Pawar’s supporters met him at his residence and claimed that there was no divide in the Pawar family. Interestingly, Nationalist Congress Party (NCP) leaders Jayant Patil and Dilip Kolse Patil met Ajit Pawar on Sunday and asked him to return to the party fold.

Despite the numerous appeals made by NCP leaders, Ajit Pawar appeared defiant, not prepared to rethink his move to join forces with the BJP. He told NCP leaders Jayant Patil and Dilip Walse-Patil that sharing power with the BJP was in the party’s and the state’s larger interests. Meanwhile, Jayant Patil gave a letter to Governor Bhagat Singh Koshyari with signatures of party MLAs making Patil the leader of the NCP’s legislative party.

BJP MLC Niranjan Davkhare, BJP Sangli MP Sanjaykaka Patil, Independent MLAs Vinay Kore and Ravi Rana — who are supporting BJP — were among those who met Ajit Pawar at his residence. Subsequently, on Sunday evening, Ajit Pawar became active on Twitter, adding Deputy Chief Minister in his bio and shooting tweets about him being with the NCP, Sharad Pawar being his leader as well as promising to form a stable government in Maharashtra with the BJP. He also thanked PM Narendra Modi and party president Amit Shah for their wishes.

On Saturday, the Sena-Congress-NCP combine had moved the Supreme Court demanding that the floor test be held within 24 hours. However, the apex court on Sunday said it would deal with the matter on Monday.