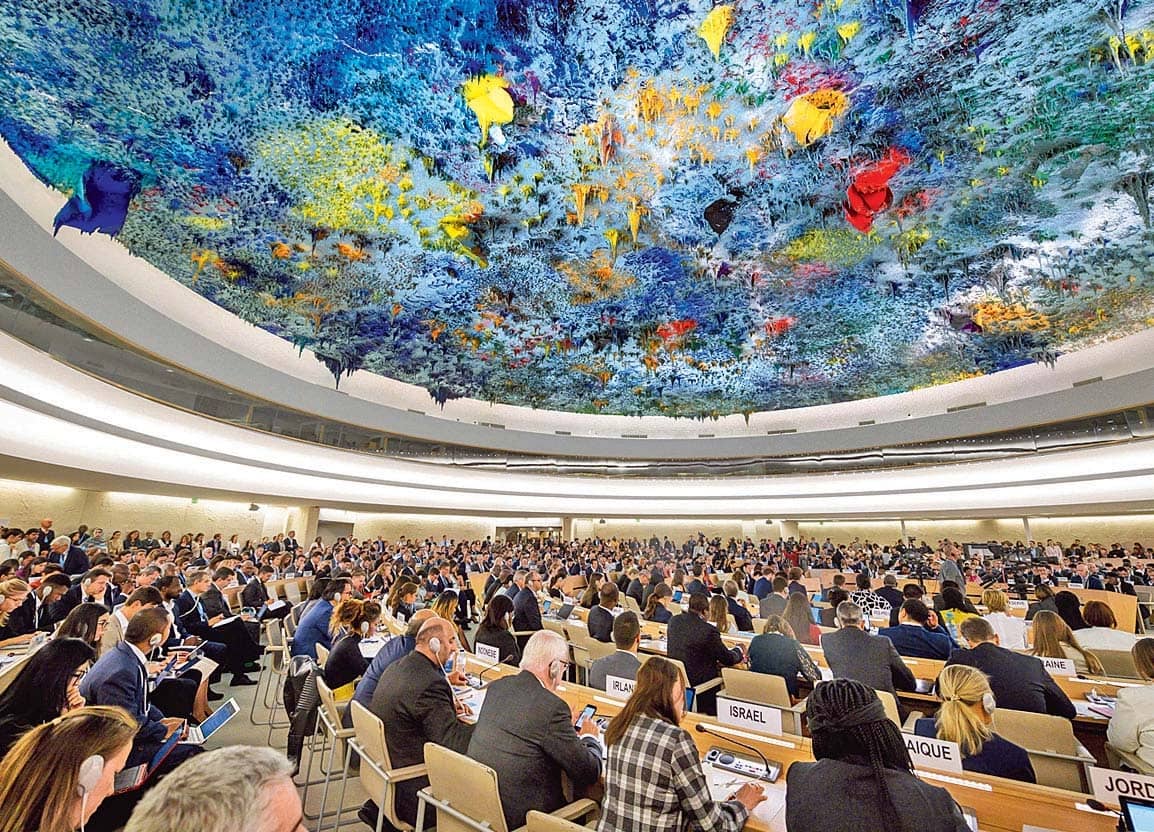 INDIA has drawn a detailed Plan of Action (PoA) to counter Pakistan on the issue of Kashmir at the United Nations Human Rights Council (UNHRC) session that began on Monday. The 42nd session of the UNHRC is taking place in Geneva from September 9-27.

While Pakistan has said it would move a resolution on Kashmir, the request is yet to be made. Pakistan claimed that it will try to introduce an “urgent debate” on Tuesday, however, sources said that for an “urgent debate” they have to first notify the council. A debate on the matter will be subjected to simple majority vote, which includes abstentions not being counted; and the other option is to move a resolution drawing members’ attention on alleged human rights violations in Kashmir, this too will be put to vote.