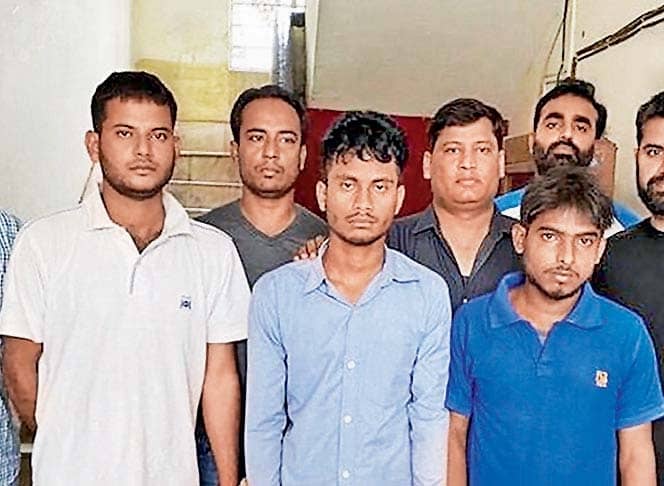 Accused Mukadir Islam, Ranjeet Ali and Jameel Luit, who were planning a terror strike at a local carnival in Goalpara district of Assam, after being arrested during a joint operation.

Three self-radicalised Assam-based terrorists, inspired by ISIS, were arrested by Delhi Police Special Cell before they could carry out a rehearsal blast in Assam before attempting a terror strike in Delhi, police said on Monday. One of the three ISIS-inspired terrorist was involved in a love jihad controversy seven months back.

The Delhi Police Special Cell and Assam Police in a joint operation on Monday busted an ISIS-inspired terror module and apprehended three operatives planning an attack in the Capital.