Four Dig Hole in Wall to Rob Office, All Held 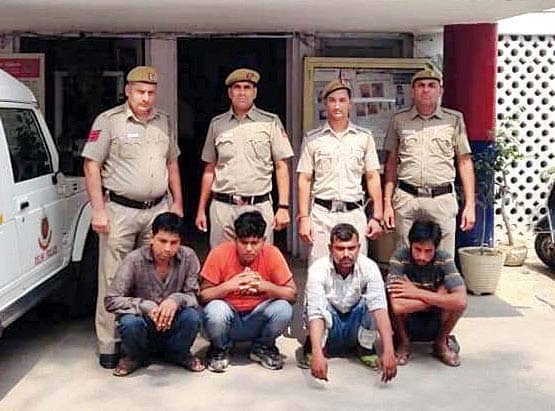 Straight from a movie to the real world! Four criminals in an attempt of burglary took a house on rent adjacent to the office of Manappuram Gold Finance Ltd in Shalimar Bagh.

They dug a manhole in the wall of the premises to commit the crime, but the Delhi Police averted the attempt.

The police arrested all four of them, identified as Panchu Ram Mandal, Pheku Basak, Mohijur and Nirjan Joshi. “A gas cutter, gas cylinder, tools and one country-made firearm was recovered from their possession,” police said.

The criminals had conspired to commit major burglary in the premises of Manappuram Gold Finance Ltd. and had dug a massive hole in the wall to rob the office.