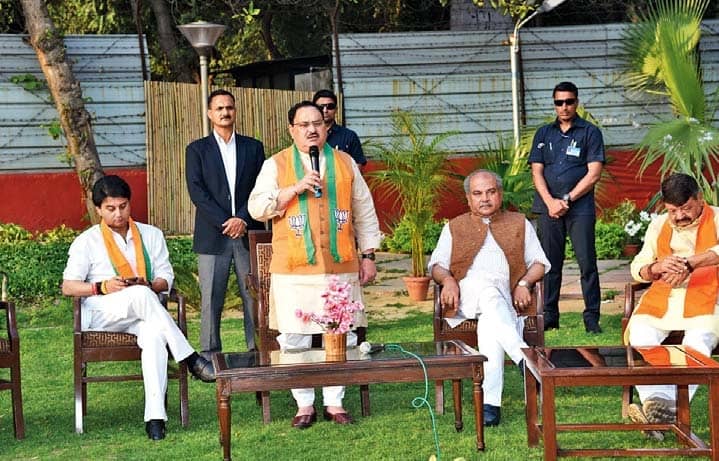 twenty one out of the 22 rebel Congress MLAs, whose resignations from the Madhya Pradesh Assembly had led to the fall of the Kamal Nath government, joined the Bharatiya Janata Party (BJP) on Saturday.