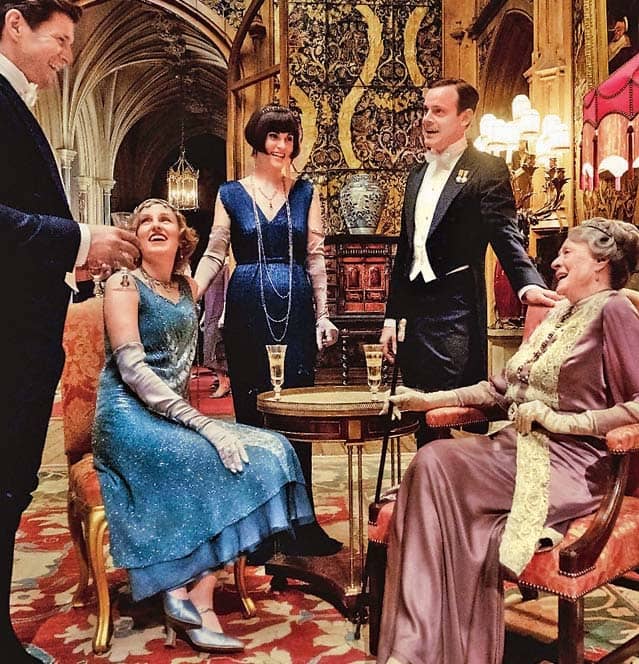 DIRECTOR Michael Engler has allowed Downton Abbey fans a behind the-scenes peek into the goings-on on set of the TV series’ forthcoming bigscreen adaptation.

Exquisite stills have been released ahead of the movie’s premiere this week, detailing what the cast and crew got up to when the cameras weren’t rolling, between takes.

The images – which are to be published in an accompanying book when the film is released this Friday in UK – see the likes of Dame Maggie Smith, Hugh Bonneville, Penelope Wilton and Michelle Dockery in candid moments as they film the highly anticipated continuation of the hit ITV drama.