It's Workout-From-Home For India's Cricket Stars 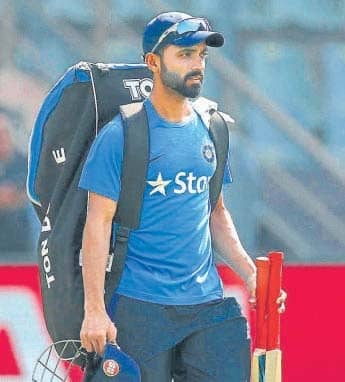 Break time Among the most overworked sportspeople in the world, this has given them chance to breathe and train

NEW DELHI: Unlike most other global sports, international cricket is not structured into seasons. Which then indicates that there is no real off-season for the busy players to recuperate. The busiest of them are from this country—India plays more international cricket than any other, year after tiring year, and then its members promptly participate in the unrelenting, two-month-long grind of the IPL during the summer.

Keeping that in mind, this unfortunate break in proceedings at least gives India’s topflight cricketers a chance to breathe—the time off from the field could well be of aid to them at a physical level.

Consider this: India last played a game(vs New Zealand, second Test) on February 24and given that the earliest, albeit hypothetically, they can return to action is on April 15—when the national lockdown ends—the Indian cricketers would have been cricket-free for 50 days.

The last time India got a break of more than three weeks was after the 2019 World Cup in July. That makes this current break the longest off-period that the Indian team has had in seven years (in 20138, India had 67 days’ break between an ODI series against Zimbabwe and a T20 against Australia).

That, then, is a welcome change for a team that has practically lived out of the suitcase since the 2019 World Cup. Post the semi-final loss to New Zealand on July 10, 2019, Virat Kohli’s side had a 23-day gap before facing West Indies in an away T20Ion August 3. Starting with that West Indies tour, India played six T20 series, four ODI and four-Test series in the last eight months. To pack all of that in, the gaps in between those series have sometimes been less than 10 days.